We visited Paultons Park last year and ever since Lily has been asking to go back. We were invited this weekend to go and try out two new rides that are opening soon at Peppa Pig World; given the amazing day we had last time we went, we jumped at the chance. The two new rides will open to the public on 16th May 2018. 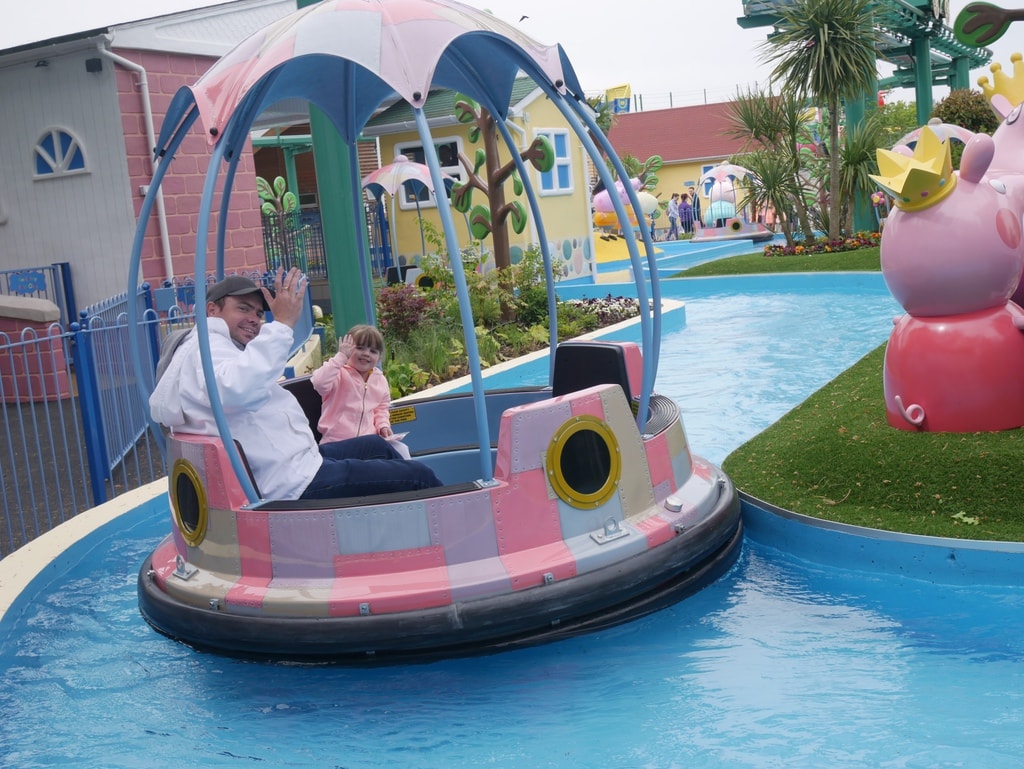 We stayed overnight in Southampton so that we were up and ready to get to get to the park at 10am for opening time. We had a very excited Lily who wait to go on some of her favourite rides from last time and, of course, try out the two new ones. 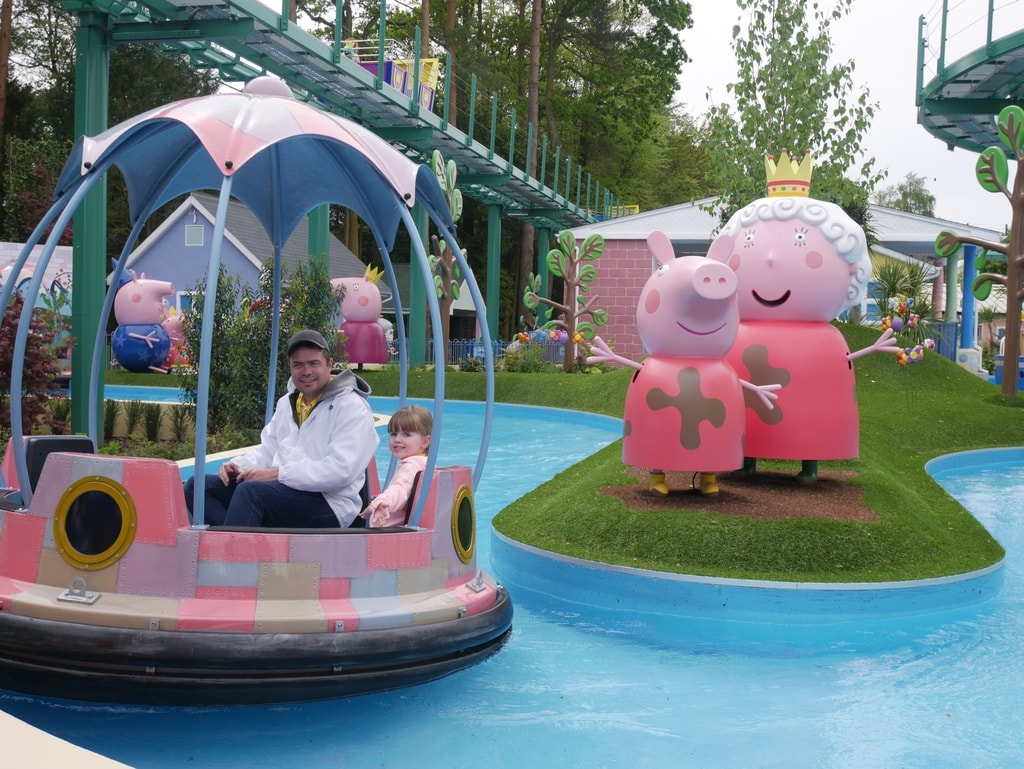 Upon arrival we had a special entrance for those invited to the launch and we were given our press passes. We followed the signs to the Grand Preview Event but as we had 25 minutes to spare before the launch we stopped at the Balloon Ride and Windy Castle on the way! 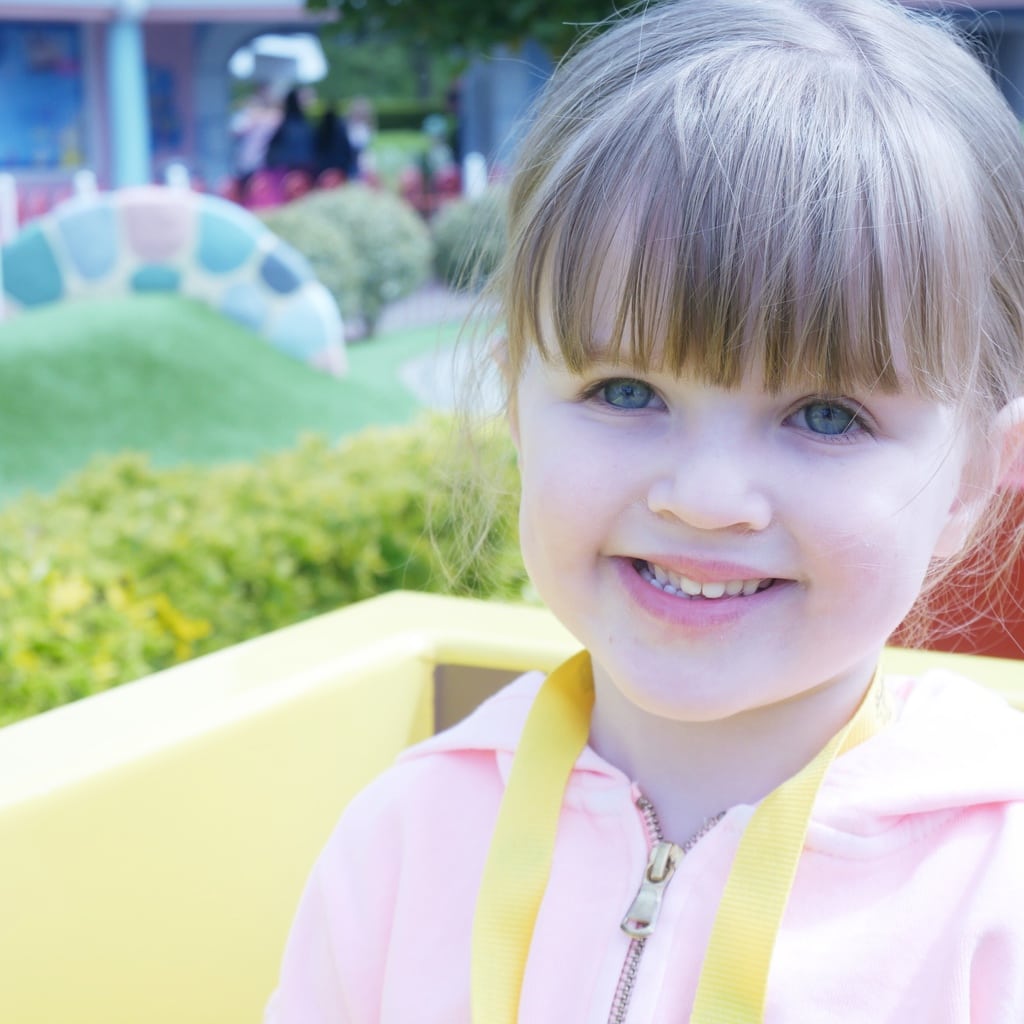 When we got to the Grand Preview Event we were given a goody bag which contained a Peppa Pig Magazine, a jetting TY George Pig (which is now proudly hanging on Lily school book bag), a mash, some stickers, a chocolate Peppa Lolly and some other bits and bobs.

The Grand Preview Event was really exciting; you could feel the buzz in the air. All the kids (and to be completely honest most of the adults too) we very excited. We really felt that we were part of something special being there for the launch.

Lily chose to try out Grampy Rabbits Sailing Boat Club ride first. The ride seats 4 family members in a beautiful boat and it spins round while taking you on an adventure to pirate island! There are lots of special Peppa characters to see along the way; including Peppa and The Queen! The ride is gentle and suitable for anyone as long as they are accompanied by an adult if under 8. Lily loved the Sailing Boat and said it was her favourite of the two new rides; she did go on twice as it quite empty and she wanted another go! 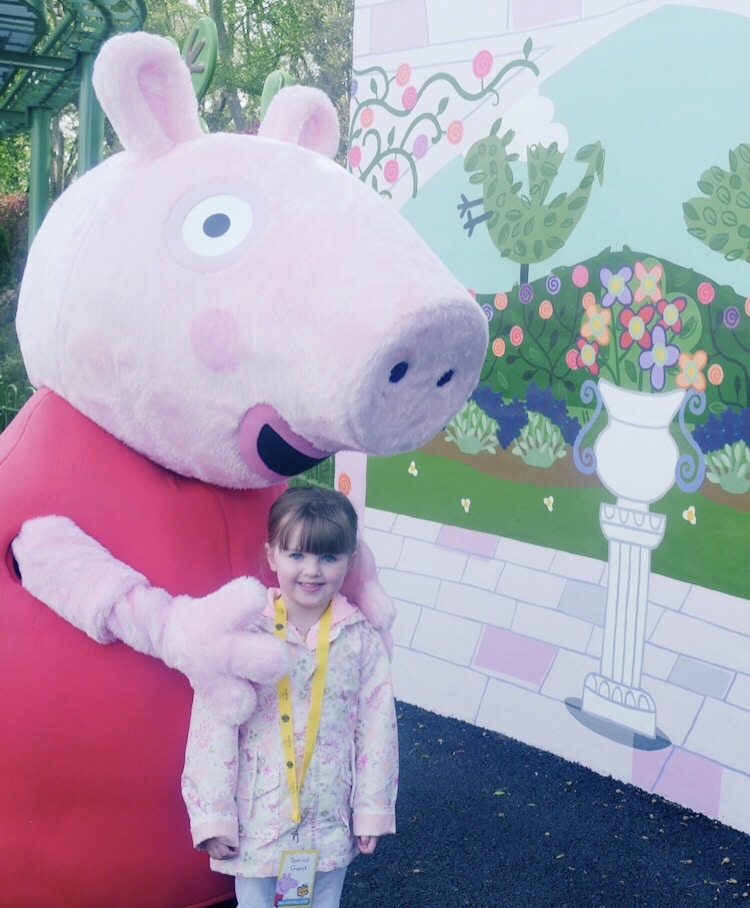 When Lily and Mike got off the ride Lily spotted Peppa Pig and was desperate to go and give her a big cuddle and say hello. It was so lovely that they had characters wondering around all day for the launch; it made it extra special for the little ones.

After the excitement of meeting Peppa, Lily wanted to go and try The Queen’s Flying Coach Ride; a gentle monorail that takes you in a beautiful carriage from the start at The Queen’s Castle and winds it way through some of the park giving amazing views of Peppa and George in their Royal attire and The Queen. This ride, again is suitable for all ages, as long as under 8’s are accompanied by an adult. Lily loved The Queen’s Flying Coach Ride and came off talking very excitedly about it.

After a quick refreshment break at one of the pop up stalls for the Grand Preview Event, we headed into Peppa Pig World to go on some of Lily’s old favourites; we started with the Tractors (which Lily is still convinced she actually drove), then Lily went on Grandpa Pig’s Little Train, Grandpa Pig’s Boat Trip, George’s Dinosaur Adventure and Daddy Pig’s Car Ride – with just a short Ice Cream break in between!

Lily absolutely loves Peppa Pig World and really enjoyed the two new rides. After Peppa Pig World, we stopped and had some lunch at The Railroad Diner. I had a sandwich, crisps and a drink and Lily was able to choose any 5 items from the Children’s section for her lunch; she chose 2 half sandwiches (one Cheese, one Ham), Crisps, A Yoghurt, some Sausage Rolls and a mini chocolate bar. Lunch was really nice and there was a good selection.

After lunch Lily went on the Victorian Carousel, before braving the Cat-O-Pillar in Critter Creek. Lily came off and said it was a little scary, but she is only 4!

We headed into The Lost Kingdom next and Mike went on the Raging River Ride Log Flume; this is always one of his favourite rides and Paultons Park! Lastly, Lily went on Seal Falls before it was time to leave and head home (we wanted to try and beat the Friday night M25 traffic but that plan backfired and we ended up with a 5 hour journey home). In hindsight, it would have been better to stay two nights!

We all had a wonderful time at Peppa Pig World and Paultons Park and as ever, Lily cannot wait to go back. The addition of the 2 new Royal Themed Rides (just in time for the Royal Wedding at the weekend) has made Peppa Pig World even bigger and even better than ever and it is really is a must for any little Peppa fan out there!

Disclosure: We were provided with our tickets free in exchange for an honest review. 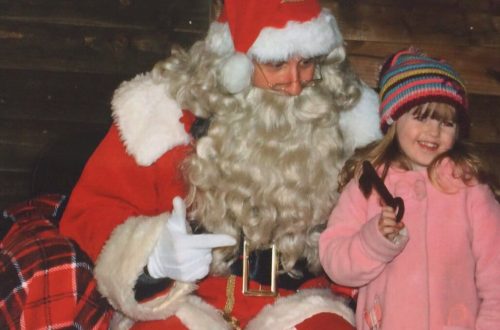 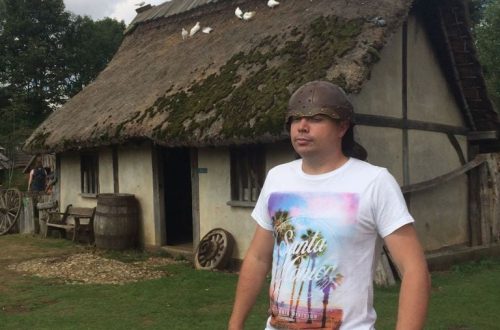 Stansted Mountfitchet Castle – A Great Day Out For All The Family! 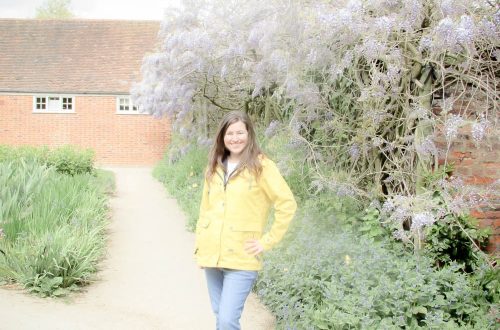